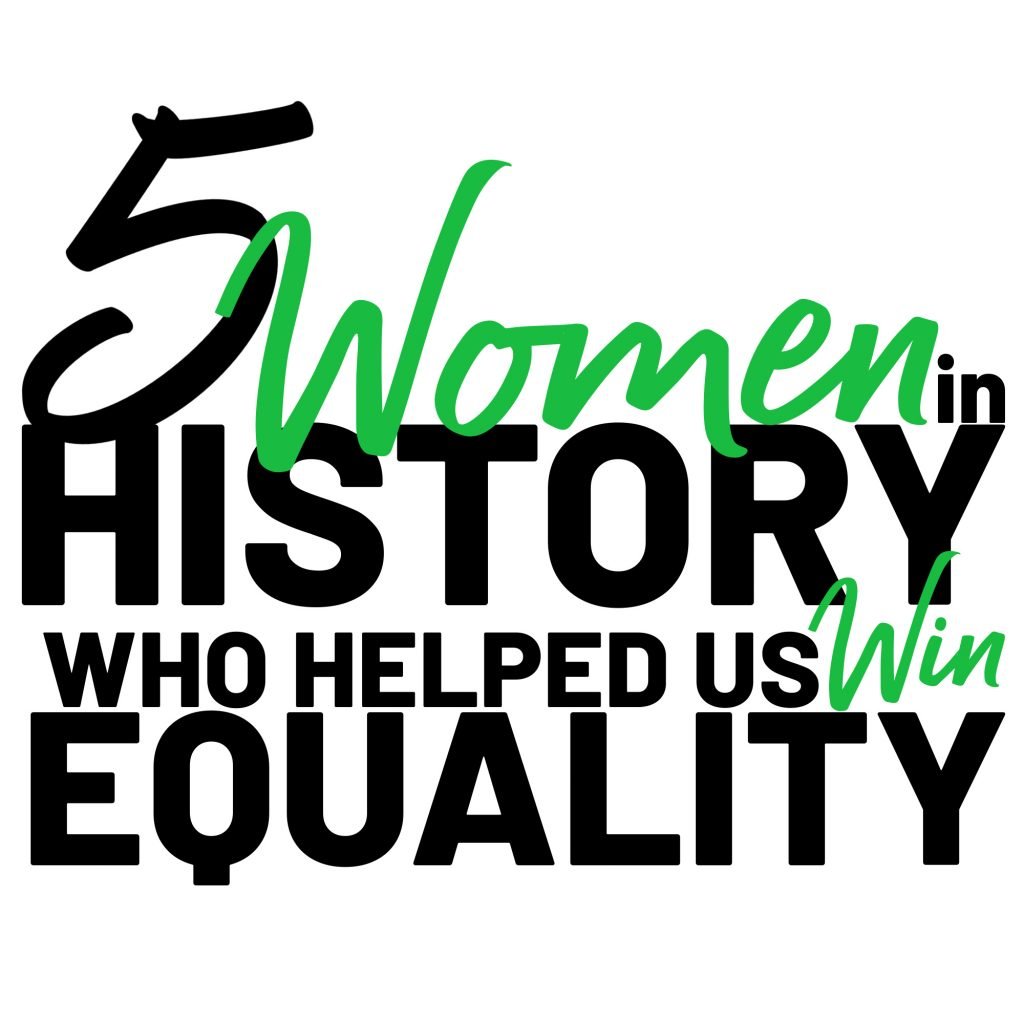 5 Women in History that Changed Our Course Forever

Women getting the vote — thanks to the 19th Amendment — was only one step on a long road toward equality. As women started voting in the 1920s, they faced discrimination and unequal pay in the workplace. Many states didn’t let women serve on juries (some even kept them from running for office). Even marriage came with pitfalls: Sixteen states didn’t permit married women to make contracts. And, thanks to a 1907 law, an American woman who wed a foreign national lost her U.S. citizenship. With issues like these, activists had plenty to work on after suffrage. Here’s a look at seven women who continued the fight for women’s rights, and what they accomplished.

who helped push women’s rights in the direction of equality and held a light to the issues that women were facing in their time.

Alice Paul felt that suffrage was just a first step for women. In 1920 she declared, “It is incredible to me 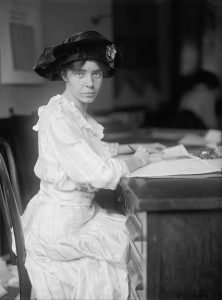 that any woman should consider the fight for full equality won. It has just begun.” Convinced that women needed an equal rights amendment, Paul organized her National Woman’s Party to focus on getting one passed.

In 1923, the amendment that Paul had drafted — called the Lucretia Mott amendment — was first introduced in Congress. Unfortunately, it didn’t progress any further for decades: While Paul had gotten the NWP’s support, she hadn’t convinced other women’s organizations to back the amendment. At the time, many activists feared that if equal rights became the law of the land, protective legislation about women’s wages and working conditions that they’d struggled for would be lost. After a new women’s movement gained strength, both houses of Congress finally passed the Equal Rights Amendment in 1972. Paul died hoping the ERA would succeed; unfortunately, not enough states ratified it within the specified time period. 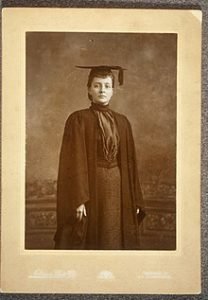 Maud Wood Park not only aided female voters as the first president of the League of Women Voters, but she also helped form and chaired the Women’s Joint Congressional Committee, which lobbied Congress to enact legislation favored by women’s groups.

One law that Park and the committee pushed for was the Sheppard-Towner Maternity Bill (1921). In 1918, the United States, when compared to other industrialized countries, had ranked a disheartening 17th in maternal death; this bill provided money to take care of women during and after pregnancy — at least until its funding was ended in 1929.

Park also lobbied for the Cable Act (1922), which let most American women who married foreign nationals keep their citizenship. The legislation was far from perfect — it had a racist exception for people of Asian descent — but it at least recognized that married women had identities separate from their husbands.

For African American women, getting the vote often didn’t mean being able to cast a ballot. But Mary

McLeod Bethune, a well-known activist and educator, was determined that she and other women would exercise their rights. Bethune raised money to pay the poll tax in Daytona, Florida (she got enough for 100 voters), and taught women how to pass their literacy tests. Even facing off with the Ku Klux Klan couldn’t keep Bethune from voting.

Bethune’s activities didn’t stop there: she founded the National Council of Negro Women in 1935 to advocate for Black women. And during the presidency of Franklin D. Roosevelt, she accepted a position as director for the Division of Negro Affairs in the National Youth Administration. This made her the highest-ranking African American woman in government. Bethune knew she was setting an example, stating, “I visualized dozens of Negro women coming after me, filling positions of high trust and strategic importance.” 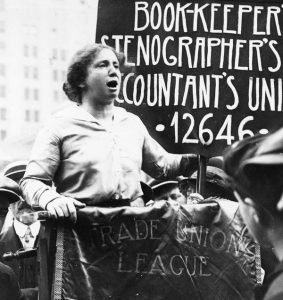 A former factory worker and dedicated labor organizer, Rose Schneiderman focused on the needs of working women post-suffrage. She did this while holding various positions: From 1926 to 1950, Schneiderman was president of the Women’s Trade Union League; she was the only woman on the National Recovery Administration’s Labor Advisory Board; and she served as New York state’s secretary of labor from 1937 to 1943.

During the Great Depression, Schneiderman called for unemployed female workers to get relief funds. She wanted domestic workers (who were almost all women) to be covered by Social Security, a change that took place 15 years after the law was first enacted in 1935. Schneiderman also sought to improve wages and working conditions for waitresses, laundry workers, beauty parlor workers and hotel maids, many of whom were women of color. 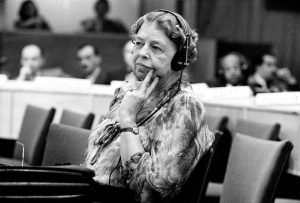 presidency. After joining the Women’s Trade Union League in 1922, she introduced Franklin to friends like Rose Schneiderman, which helped him to understand the needs of female workers.

In the political arena, Eleanor coordinated women’s activities during Al Smith’s 1928 run for president and later worked on her husband’s presidential campaigns. When Franklin won the White House, Eleanor used her new position to support women’s interests; even the press conferences she held for female reporters helped them in their jobs.

Eleanor continued to be an advocate for women after Franklin’s death. She spoke out about the need for equal pay during John F. Kennedy‘s administration. And though she’d initially been against an equal rights amendment, she eventually dropped her objections.

For more from author Sara Kettler, more information on women’s rights and other historical events visit our source website Biography.com