DRYER LINT: What’s All The Fuss About?

We talk a lot about safety here at Daffy Ducts, especially when it comes to dryer vent cleaning. What we don’t touch 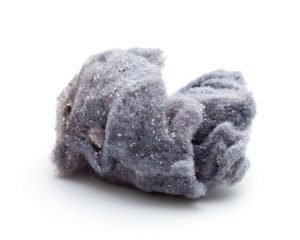 on a lot of the time is why lint is so dangerous. Lint is one of those things that, when pressed, you might not be able to define.

But you know it when you see it—that soft stuff in your pockets that collects in the dryer or the little bits that stick to your sweater in dryer months. But you might not think about what it’s made of, and that isn’t very exciting: It’s just very small, tangled fibers from fabrics and textiles. What’s interesting is how and why so much of it gets trapped in your dryer every time you dry a load of laundry.

According to Popular Science, lint forms on organic fibers like cotton and wool through normal wear and tear. Essentially, as the clothes rub up against your skin or other surfaces, it forms lint. Then, when the clothes are washed, the water lifts the lint. Once the clothes go in the dryer and the water evaporates from the lint, it is released from the clothes. An airstream formed by the dryer pulls the lint into the screen and you get that soft, felty lint.

And if you’re wondering if forgetting to clean the lint out of the filter could lead to dire consequences, it absolutely can. In 2012, the U.S. Fire Administration estimated that 2,300 fires in residential buildings are caused by dryers every year. The leading cause of the fires, they stated, was a failure to clean out those dryers. Why the heck is lint so flammable? The reason lint is so flammable isn’t just that it’s made of a flammable material that has gone through some chemical processes but Because the fibers are so fine and short, they are essentially like kindling—lots of dry, easily ignited surface collected into one big clump.

Through the process your dryer uses to vent its air out of your home, some lint is pulled through its inner workings, through the ventilation tubing, and out through the external vent. That pesky lint gets trapped in the valleys, creases, and bends of your exhaust tubing. This transforms your ventilation tube into a rather complex linty fire torch just waiting for some heat to ignite it.

The cleaning process our certified technicians use to clean your dryer vent system is simple but thorough. Our technician will use a negative airflow vacuum to pull the lint and debris out of your vent system as well as several agitation devices to dislodge the material trapped within and force it back to be removed. What you will be left with is a clean and safer home.

To start a fire, use dryer lint, which is highly flammable. As well as the dryer lint, you’ll need cardboard egg cartons and candle wax. Making this is a quick, 15-minute process. You can compost your dryer lint and then use it for the garden. You will also need white glue, dishwashing soap, and warm water in addition to the dryer lint.

You can stuff pillows and stuffed animals with dryer lint, which is just freshly laundered fiber leftover from washing your clothes. Cornstarch can be used to soak up spills if you run out of dryer lint. Keep your dryer lint. Utilize it to create a unique, handmade paper for cards and scrapbooks. Try using dryer lint instead of newspaper strips for your next paper-mâché project. There will be fewer layers and it will be easier to mold.